Catherine the Great and the American Revolution

On Independence Day, celebrated on July 4th, Americans reflect on their nation’s history as it came into existence in 1776. The American Revolutionary War began more than a year before the signing of the Declaration of Independence, but it was fought over eight years and resulted in tens of thousands of casualties. The United States was formed in a world dominated by great empires such as Great Britain, France, Russia, and Turkey. Unbeknownst to many people – even history aficionados – is that the Russian Empire played an important – yet indirect – role in furthering the American cause.
According to many scholars, Catherine II empathized with the colonists, and the common attitude among aristocrats in Saint Petersburg was that “the state of the English court and ministry was not such as to inspire national or outside trust toward them.” She had long predicted that America would become independent of Europe “even in my lifetime.” When the war broke out, she exclaimed that “the colonies have told England goodbye forever.” In her private correspondence, she did not hesitate to blame George III for provoking a meaningless quarrel and urged England to reconcile with the colonies. 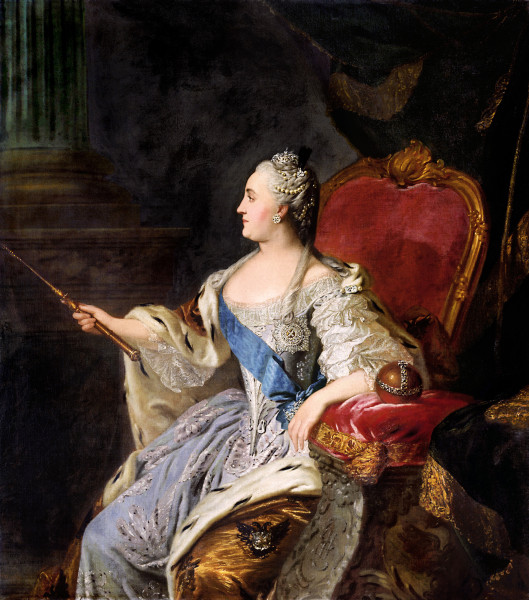 Profile portrait of Catherine II by Fedor Rokotov
Catherine II chose not to openly pick a side in the war. The Russian Empire did not recognize the United States as a sovereign nation until the war ended. In 1780, her foreign minister, Count Nikita Panin, issued a Declaration of Armed Neutrality, which officially declared the Russian Empire’s nonalignment in the Revolutionary War. Nonetheless, the empress unofficially exercised favoritism toward the colonies by trading with them, giving them enough optimism to continue their fight, and eventually trying to serve as a mediator between America and Great Britain – all without compromising Russia’s neutral stance. Through diplomacy and commerce, Catherine II was able to influence the course of the war.
Russia started trading with the colonies over a decade before the Revolution. Americans and Russians saw each other as excellent trade partners, having ample resources to offer each other. Despite Great Britain’s Navigation Acts, which restricted foreign trade directly with the colonies, Russian ships began delivering products like hemp, sail linen, and iron to American ports as early as 1763 and did not stop once the war began. Catherine II believed that an independent America would further Russian business interests, allowing America to trade with the Russian Empire without interference from Britain on the high seas. Continued trade with Russia during the war provided the colonies with a market for their goods as well as the funds and supplies they needed to survive.
In 1780, Catherine II attempted to act as a mediator in the war by sending a proposal to each of the European powers involved in the conflict. She requested that the belligerents gather to discuss what could be done to end the hostilities. Catherine II chose Prince Dimitri Galitzin to act on her behalf at an international meeting in Vienna, offering a set of peace guidelines that included a multi-year armistice and a requirement that negotiations continue to be held. Without explicit mention of whether or not America would become autonomous, Panin secretly hoped that America would be given “complete liberty to decide its own fate.” While Catherine the Great’s peacemaking efforts ultimately fell through, they represented a worthy attempt to use diplomacy to shorten the war.
In 1781, Francis Dana arrives in Saint Petersburg as the first representative of the United States to Russia. Catherine II is unwilling to accept his credentials because of the Russian Empire’s continued diplomatic ties with Great Britain. Nevertheless, she allows Dana to stay in Russia as a private citizen, building public support for the American cause and its core democratic values until the end of the war in 1783. 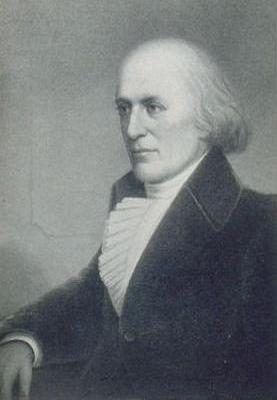 Francis Dana
Catherine II’s contribution to the American War of Independence is admittedly nuanced but cannot be understated. Hoping for the United States to gain its independence from Great Britain, Catherine II provided the colonists with anything she could – short of entering the war on their side.  It was the Patriots who initially sparked the Revolutionary War, but it was Russia that helped fuel their motivation and resilience – a factor in their victory against British and Loyalist troops. By the time of its independence, the United States had already built a robust foundation of trade, diplomacy, and friendship with Russia.

Recent Posts from This Journal